The magic of puppetry will be on full display at the Norfolk Library from Friday, September 13, to Sunday, September 15, when the library presents the Greenwoods Puppet Festival.

Performances are free, but reservations are required for each presentation because of limited space. To reserve a spot call 860-542-5075 or email norfolklibrary.org

The festival will spill out of the building as well, with the mystical birds from Mark Alexander’s series, Mortal Beasts and Deities. Alexander—creator of Larger-than-Life Puppetry and Splendiferous Stilt Dancers—will roam the lawn and village green about 11AM with Raven on Saturday and Dove on Saturday.

Library events coordinator Eileen Fitzgibbons first conceived the festival. “I am a champion of wonder and all things magical,” she explained recently. “What got me jazzed about puppetry is that it involves language, logical mathematics, music, visual/spatial intelligence, body kinesthetics, poetry—the ability to understand people and pose questions. It builds creativity, which is behind every great idea and is a vehicle to say and show things that are not always easy to share.”

Fitzgibbons was first inspired to create a festival last September when she saw a “delicious, creative” performance by Sarah Nolen, a puppeteer and filmmaker originally from Austin, Texas. Speaking with Nolen after the show, Fitzgibbons was encouraged to try a festival. She received further support from Norfolk Library Executive Director Ann Havemeyer.

There followed a year of research during which she narrowed her focus to puppeteers who had won awards or were rising talents. And she wanted to be all inclusive in her presentations. “I wanted a nice mix for adults, older kids and wee ones, with a real festival vibe,” she said.

The festivities kick off on Friday evening, September 13, at 4PM with The Adventures of Prince Achmed, a 1926 German animated fairytale film, considered to be the oldest surviving animated feature film.

It will be followed at 8PM by Jana Zeller of Spybird Theatre performing Puppet Crimes, a show for ages 16 and older.

Saturday morning Nolen presents The Fairy Tailor at 11AM followed by The Gottabees with Lollipops for Breakfast at 3:30PM and Moth Jamboree with Moth (ages 13 and older) at 6PM.

Sunday brings Madison J. Cripps with Slice of Crazy Pie at 1PM and Alex and Olmsted, Milo the Magnificent 3:30PM
.
Fitzgibbons hopes the festival will be an annual event, spreading out to other locations in town. 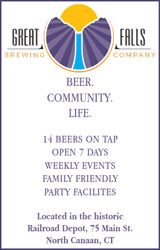 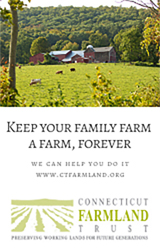