THE HARROWING SOUNDS OF HORROR: THRILLS AND CHILLS IN TV & FILM
VIRTUAL
October 21st, Thursday, 6 - 7PM
From the throbbing strings in the shower scene of Hitchcock’s Psycho, the intensifying crescendo of the Jaws theme song, recent productions like the hit Netflix series ,Stranger Things, music has played a paramount role in the genre of horror. Get in the mood for Halloween by looking at the sounds that give your favorite horror flicks their extra oomph. Musicologist and music theorist Dr. Gil Harel will discuss the musical “ingredients” which make music so effective at conveying horror, looking at timbre, dissonance and audial effects as the most potent tools a film director uses to terrify the audience. Free.
Click here to register for this event

BREAKING DAWN: THE AMERICAN MYTH
VIRTUAL
October 22nd - November 21st, Thursdays - Sundays, 7PM
A series of archival performances centering on Black Thinkers, Breaking Dawn: The American Myth examines the complexities and contradictions of the Black American experience through moving portraits that illuminate the beauty and resilience of Black people and Black thought. The inaugural film features the legacy of cultural strategist, anti-lynching activist, journalist, teacher and civil rights pioneer Ida B. Wells. Through Wells’ cultural legacy, the film aims to help people “Get Free” as they trace the threads of how a history of violence in the deep south eerily serves as a microcosm for our modern day context. Free.
Click here to register for this event

JULIA SCOTTI: A COMEDY CORPOSO
IN PERSON
October 23rd, Saturday, 7 - 9PM
The Italian word corposo refers to a rich, full-bodied wine is also an appropriate descriptor for the life of Comedian Julia Scotti. Since 1980, she has been honing her craft in clubs and theaters throughout the US, performing for the first 20 years as Rick Scotti and now, after a ten year hiatus, as Julia Scotti for the second 20. The new and improved Julia has been described by colleagues and press as “a force of nature” and “a comedy chainsaw flying through the room.” Since returning to the stage, she has been named one of the Top Five Transgendered Comedians in the Country by Advocate Magazine and after she introduced herself on Season 11 on America’s Got Talent, Simon announced “you genuinely made me laugh.” Quite a tribute to her comedic prowess! $30
The Foundry. 2 Harris Street. West Stockbridge. 413.232.5222.
Click here to purchase tickets for this event

VICTORY GARDENS: HOW A NATION OF GARDENERS HELPED WIN THE WAR
IN PERSON
October 24th, Sunday, 11AM - 12PM
During WWII home front Victory Gardens flourished nationwide—in former lawns, school yards, parks, abandoned lots and ball fields. Patriotic Americans were encouraged to to “grow vitamins at your kitchen door” and “eat what you can and can what you cannot eat”. Nearly 20 million gardeners answered the call including those who had never raised a hoe. In this slide illustrated talk with Judith Sumner, you’ll learn about the Victory Garden Movement, explore the role of 1940s vegetable gardens, ration-book cookery and food preservation in wartime victory. $15 BBG Members, $20 Nonmembers.
Berkshire Botanical Garden. 5 West Stockbridge Road. Stockbridge MA. 413.298.3926.
Click here to register for this event

MISUNDERSTOOD WILDLIFE: BAT LIFE
VIRTUAL
October 26th, Tuesday, 7 - 8PM
Some wildlife have developed “bad” reputations over the years with reasons varying from being “scary-looking” to displaying “strange” behaviors and self-defense techniques. At the heart of these apprehensions lies a misunderstanding of what we’re seeing. In the past and still today fears and confusion led to widespread persecutions of wildlife including poisons, overhunting which sometimes resulted in total extinction. One in a 4-part series, this talk will focus on bats, the reasons they have developed unfavorable reputations and the facts and myths that impact them. You’ll never see these animals the same way again! $45 Mass Audubon Members, $60 Non-members.
Click here to register for this event

Have you contacted one of the sites recommended above? What did you think? We would love your feedback. Email: cpenrose@berkshirestyle.com 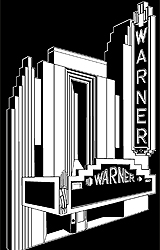