When I was a young reporter, lo, those many years ago, I was advised by my editor that I could not use the word “raffle” in my copy as federal law would view this as a promotion of gambling. Instead, I had to say that the church, Lions Club or whatever organization was holding the fundraiser would have a “drawing” for prizes.

The law governing the use of the mail service to promote gambling that occasioned this bit of linguistic juggling is pretty draconian, promising fines and/or imprisonment of not more than two years for advertising games of chance. Repeat offenses could bring up to five years in the slammer. To the best of my knowledge, it is still on the books and, thus, “raffle” is not part of my journalistic vocabulary.

This law, in my view, is as corrupt as the gambling industry itself, an example of the moral relativism of our society. A church cannot advertise a raffle to help needy persons in its community but the government can promote massive lotteries—often attractive to people with more hope than money—to raise funds.

The United States has always had an ambivalent attitude toward gaming, attitudes first legislated in March 1631 when the Massachusetts General Court forbid all forms of gambling—from innocuous card games in the parlor, to cockfighting and bear baiting. (They further banned fancy clothing and smoking in public, leading H.L. Menken to observe that “Puritanism is the haunting fear that someone, somewhere, may be happy.”)

Social acceptance of gaming in the United States has waxed and waned over the centuries with Professor I. Nelson Rose, a leading expert on gaming law, identifying separate “waves”—early Colonial fears that it was a source of trouble and moral corruption; the “Wild West’s” acceptance of all kinds of recreational gambling and the following enactment of laws in all 50 states to “clean up” society.

However, since the 1930s government has apparently viewed gambling—and now the legal sale of marijuana—as cash cows ready to be milked for tax revenues. The trend toward acceptance began during the Great Depression, seen as a way to revive the flagging economy, and, sadly, many states still embrace that attitude. From 1974 through 2020, Connecticut alone transferred $18,746,298,280 to its General Fund from gambling proceeds.

Now, is this better than the various forms of taxes imposed by state and federal government? Taxes, after all, are not discretionary while gambling and the use of marijuana for recreational purposes are. I have never been a gambler (I rued the dollar I lost in Bingo when I was 18 so much I never played again). And I personally never liked marijuana. Nevertheless, I happily pay a “sin tax” for wine, so what is right and what is wrong?

But this intellectual relativism does not suppress my “squirmy” reaction to a society basing its economic wellbeing on activities that can be detrimental to its citizens. I once had a friend who liked to visit casinos where he invariably lost uncomfortable amounts of money. I accompanied him a couple of times and was appalled to see people who would have been well advised to save their quarters and dollars shoving money into “one-armed bandits” as fast as they could, sometimes hogging two or more machines at once. The odds were against them—play long enough and you will surely lose. And what were the odds for their children, left to sit in the lobby while parents gambled on a big pay day? It was not a salubrious situation in my eyes.

Legalization of marijuana is more nuanced in my opinion. I have known many people in my life who have smoked or munched it—most of them well-functioning individuals. And there is the growing evidence that it is very helpful in management of pain and other medical issues. But again, I squirm when government sees it as a means to a financial end. What happened to American enterprise as our economic driver, to work as our source of financial gain? Should we not be seeking to restore the American dream rather than enabling crippling corporate greed that leaves government scrambling for tax revenues from other sources?

A Gallup Poll found 81 percent of Americans are concerned about declining moral behavior in our nation. Statistics vary by demographics but even liberals, who should be pleased with the growing number of Americans who agree with their point of view on divisive social issues such as abortion and gay marriage, are likely to say things are getting worse rather than better.

In the past, Americans have looked to institutions such as the church, the Boy and Girl Scouts, 4-H and even the mythology surrounding American history for moral and ethical guidelines, the prevailing standards of behavior that enable us to live cooperatively. But with the decline of civic and religious institutions, secular humanism, with its subjective determination of right and wrong, has increasingly guided our behavior.

As a result there are no commonly accepted standards of behavior, a problem that is, at least in part, responsible for deep divisions in American society. What does it say to us when our government adds to this by basing its morality on the pursuit of mammon? Is everything negotiable? When will we curb decadence and return to standards that promote stability? 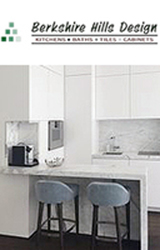