To Be or Not To Be

“To be or not to be? That is the question?” Hamlet, of course, was speaking in the most literal of terms. Would He continue to bear the burden of existence or free himself of this “mortal coil”?

For Marie Kondo, the current phenom of the “tidying” movement, Hamlet’s response was too extreme. She would suggest that he could have joy in his life by subjecting the “things” he owned to the same question.

Kondo’s creed has swept around the globe, inspiring more and more people to free themselves from the detritus of their lives, to comb through their belongings and to decide what remains relevant and what should gently—and with respect—be allowed to depart.

The bestselling author, star of Netflix's hit show, Tidying Up With Marie Kondo and founder of KonMari Media Inc, has become so popular that she is now too busy to take on new clients and is training representatives to guide the growing masses of her devotees.

Among those spreading the word is Christine Thorn, a KonMari consultant from Wolcott, who will be speaking at Noble Horizons in Salisbury April 6 at 11AM. The program is free but those wishing to attend should register by going to Thorn’s Facebook page, Sage of Interiors LLC.

Thorn explains that Marie Kondo is originally from Japan. “Her background is in Shintōism, which stresses having gratitude for what you have and being very thankful. A lot of her method comes through this.”

Indeed, Shintō is described as a religion of tsunagari (continuity or communion) and much of what Kondo teaches deals with communion with the objects that fill our lives. When tidying up our lives, Kondo’s criterion is whether an object brings us joy. If there is no joy in ownership, the object does not belong in your life.

“There are six basic principals,” said Thorn. “The first principal is you will commit to tidying up your space. Second, you envision the ideal lifestyle—who you are and who you are becoming.

“You tidy by category and not by room,” she continued, “and you tidy in the correct order, starting with clothes, books, papers, then “kimono”—or miscellaneous. The last category is sentimental. Sentimental objects are specifically saved for last.”

Thorn said the most important question addressed to each object is “does it spark joy.”

“We definitely do not advocate parting with sentimental things,” Thorn said, “and sentiment is scattered through all the categories. That is why having a consultant keeps you focused. What you are left with is a space that supports what you have—just the right amount of things to support you. Cluttered space, cluttered mind.”

Thorn said the process of looking through one’s possessions and deciding what has meaning and what is simply occupying space is a journey of self-discovery. “You discover why you do the things you do—until you invest in doing that, you’re are barely scratching the surface.”

She said that after the self-investigation, some people find their lives are changed. “Some people choose to change careers or perhaps they eliminate toxic people from their lives. It’s all about choosing joy,” she said.

The amount of time needed to declutter one’s life depends on how much has been accumulated, the size of the home and how quickly the client can make decisions about what to keep. “I’ve found with almost every client their decision-making skills get better and they can move more quickly with time. If they get stuck, that’s where the consultant comes in.”

The average amount of time she spends with a client is five hours per session. “That seems to be the right amount of time without getting exhausted,” she explained. “Some people want to go on and others I leave with homework.”

Unlike a diet, where so many people tend to gain the weight back, she says that KonMari clients do not go back to their former acquisitive ways. “When they are living with just the right amount of stuff, they notice right away and adjust if they start to go above that. I’ve never had someone go back to the way they were. They just don’t want it. It’s a very feeling kind of method.”

So, what about the object that, in the fervor of decluttering, you decide you no longer need or want—only to need and want it a month later? Thorn says that is avoided by asking the right questions. “You have to ask, ‘When was the last time I used this? What did I use it for. Do I see myself doing ‘X’ in the future?’ We can also consider, ‘Maybe I will do this.’”

Once an object has been consigned to its fate, the next step is to actually get rid of it. “It’s not good enough to put it in a box and take it out to the garage,” she said. “When the things are gone, you start to feel lighter. A lot of things we keep are kept out of a sense of guilt—maybe they were left to us by a relative and are beautiful but don’t fit our lives. There is no reason to keep them—and, remember, someday someone is going to have to get rid of your stuff. You need someone to compassionately and logically help you to decide whether to get rid of it or, more importantly, to keep it joyfully.”

Thorn said she wants to work with more children. “If you can get children to understand about choosing things that give them joy, it gives them a better skill set for valuing what they own. Then we don’t end up with a lot of stuff.”

Now what about a household with several occupants, all with their own “stuff”? Thorn said the KonMari method only allows individuals to decide about their own objects. “You don’t have the liberty to choose for another,” she cautioned.

She only works with one client in the house at a time. “Usually I work with women first but, after their partners sees the change, the husband will say, ‘Do you think you can help me with my clothes?’ I can think of two or three families where that has happened. In joint spaces, like the kitchen, that’s where there might have to be compromises.”

Thorn said she is one of those whose life was changed by exposure to the KonMari method. An aunt gave her Marie Kondo’s book, The Life-Changing Magic of Tidying Up. At the time, I was wrapped up in my own business and not thinking about applying it to my home. I thought it fascinating and then the same aunt gave me an article stating that Marie was training people in the United States. Instantly, I said, ‘I have to do this,’ so I signed up.”

Although she lives in Wolcott, Thorn works with clients all over the state. 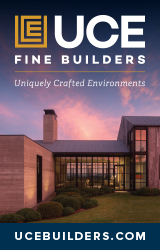